The Triskells The Triskells is a folk music band, which plays traditional songs from Ireland, Scotland, Galicia, Asturias and Celtic regions. combining the sound of the bagpipes, whistle, violin, bodhrán and other traditional instruments with modern instruments such as guitar, piano, drums, bass and synthesizer. Creating an original and pioneering sound of folk music in Latin America with four record productions since its founding in 2011.

The Triskells show is very lively, full of rhythm and energy, costumes and first-rate cast, with the magic of ancient legends that invite their audience to dance, all at a real Irish party. 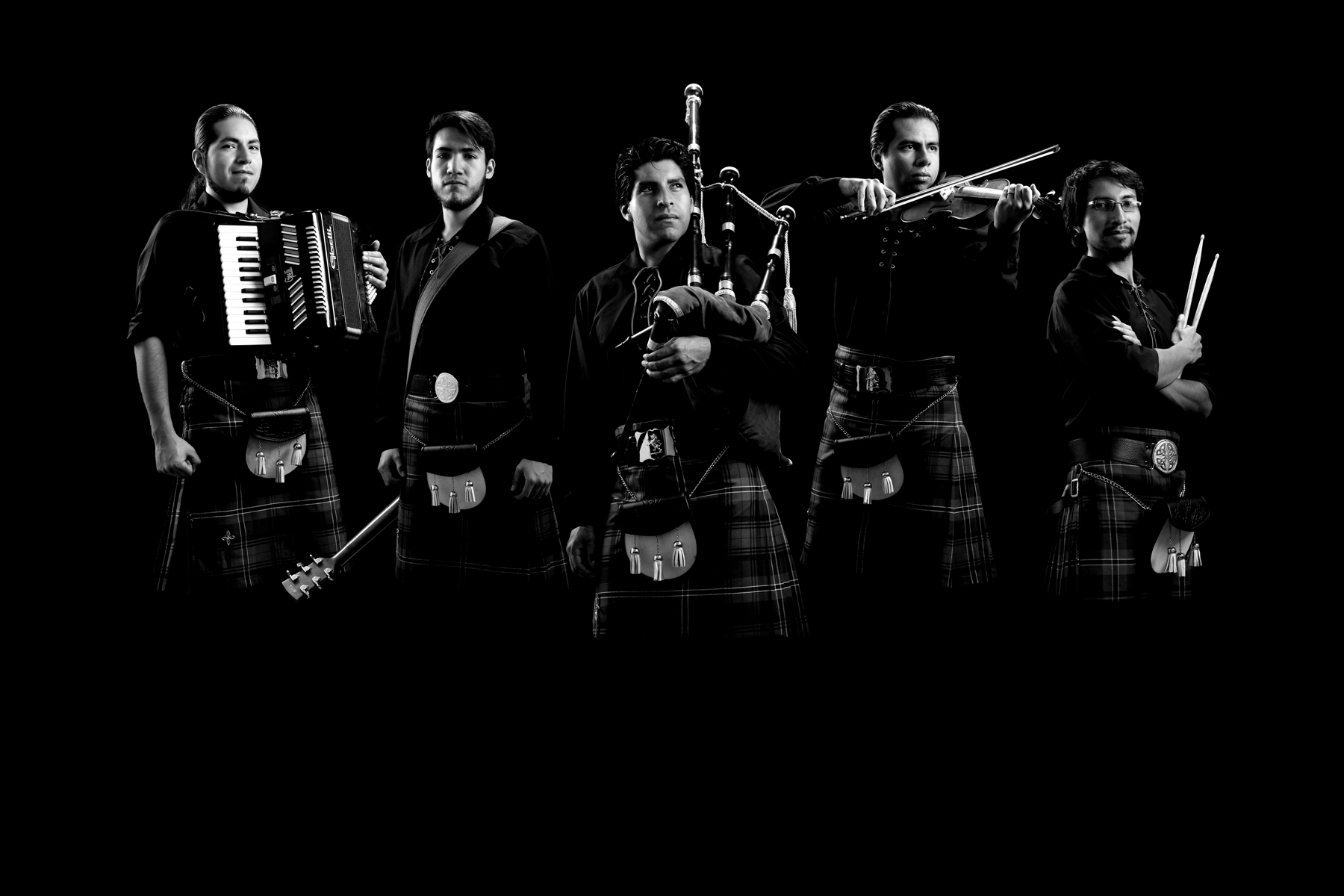